Pawn Shop Laws Apply to More Businesses Than You May Think 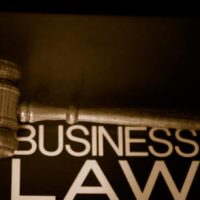 Pawnbrokers are heavily regulated in Florida. When we think of pawnbrokers, we probably think of stores that sell various kinds of used goods, jewelry and electronics, in various states of disrepair, all in collateral for money loaned to those in needs. We may also imagine they have large neon signs that say “pawnbroker” on them.

So, you’d probably think that your business is anything but a pawnbroker. That’s what video game retailer Gamestop thought as well. Gamestop sells video games for various home game consoles. As part of its business, it accepts used games, gives customer cash or credit for the trade, and then resells the games that are traded in. In reality, it sounds like a relatively harmless business model.

But the State of California apparently doesn’t think so. Gamestop has filed a lawsuit alleging that law enforcement has been harassing Gamestop’s stores, who assert the store is subject to pawnbroker laws, even though Gamestop contends it is anything but a pawn shop because the reselling of traded games is only a small part of its business.

Despite that position, it appears that Gamestop stores are now implementing policy to comply with pawn shop laws, and openly saying they may be subject to them. The issue came up after complaints by customers over Gamestop checking their IDs before accepting trade-ins.

Any goods suspected of being stolen must be turned over to law enforcement, although the pawn shop retains legal ownership until a court makes a determination. Victims who identify their stolen goods in the hands of pawnbrokers can petition a court to get the property returned to them.

Those laws and requirements don’t even include the exhaustive and detailed requirements just to get a pawnbroker’s license in the first place, which includes posting a bond and extensive background checks.

Is Your Business Subject to the Law?

The problem for Gamestop—and possibly, your business—is that the pawnbroker laws don’t just apply to businesses that pawn things. The law includes anyone that engages in “the business of purchasing goods which includes consignment and trade.”

You will also note that the law doesn’t say that trading or consignment must be the major part of your business. As the statute is written, it would apply no matter what portion of your business is buying and reselling, or selling on consignment.