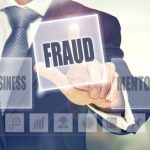 Stay on the Legal Side of Securities Fraud Laws

Martin Shkreli, who best became known as “Pharma Bro,” has been sentenced to 7 years in prison. Although his actions were high profile, what led him to his conviction can be a lesson to business owners everywhere. Shkreli’s Conviction Shkreli became infamous when it was revealed that a drug company he had purchased raised… Read More »