Can a Constructive Trust Solve Your Probate Problems? 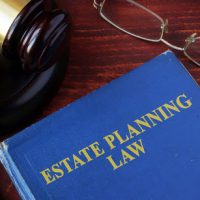 Florida law recognizes a variety of ways to keep certain assets out of probate.  There are rights of survivorship, transfer on death and payable on death accounts, good old-fashioned revocable trusts, and in the case of married couples, tenancy by the entireties.  Florida also interprets the legal concept of a “constructive trust” differently from how other states interpret it.  In most states, the courts declare a piece of property to belong to a constructive trust as a way of getting out of the possession of someone who acquired it by fraud.  In Florida, though, a constructive trust is a way for the courts to grant possession of the asset to the party that the court considers most deserving, once that party has proven that it was unfairly deprived of the asset.  Sometimes probate courts create constructive trusts to remedy unfair distribution of property in cases where the decedent signed the will under undue influence.  In some cases, a constructive trust can function as a deus ex machina for solving messy probate disputes.  If you are wondering whether a constructive trust could help you gain possession of a piece of property to which you think you are entitled, contact a Hillsborough County probate lawyer.

Should the Family Business Be Divided in Probate of Father’s Estate?

Several years ago, a constructive trust turned out to be the solution to a bitter probate dispute.  The decedent, Leon, had immigrated from Belgium as a young man, and he owned an auto repair shop in Ft. Lauderdale for many years.  Beginning in the late 1970s, Leon’s son Georges began helping him manage the business.  Georges continued to run the business after Leon retired, and he was still operating it in 2014, when Leon died.  Leon’s will specified that each of his sons, namely Georges, Claude, and Guy, was to inherit a third of the estate.

During the probate of their father’s estate, the brothers disagreed about whether the business assets should be part of the estate.  Georges continued to occupy a house titled in Leon’s name, where Georges had lived for many years.  The auto repair shop and its warehouse were also titled in Leon’s name, but Georges had been in charge of them since Leon’s retirement.  Claude and Guy tried to persuade the court to order Georges to vacate his late father’s properties so that they could be distributed in the probate of the estate.  Georges requested a constructive trust, and an appeals court eventually ruled that the estate could not take possession of the assets Georges was using, at least until after a lower court made a decision about a constructive trust.

If the decedent’s will was not specific about a certain asset that more than one family member wants, you, as a personal representative, could be dealing with a big mess, but a Tampa probate lawyer can help you resolve the problem.  Contact David Toback for help today.

By David Toback | Posted on April 3, 2021
« Expensive Jewelry and Your Estate Plan
As Long as You Both Shall Live, and Then What? »