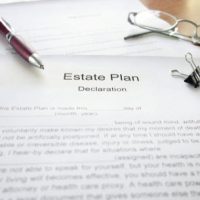 The criminal case involving accused school shooter Nikolas Cruz is in the early stages, but there are already angles of the case that are starting to involve probate and estate law. The post-tragedy legal situation is an interesting look about how estate law can come into play when least expected.

Qualification to Use the Public Defender

The estate aspect of the catastrophe centers around whether Cruz stands to inherit any money, and if so, how much. If it is a sizeable amount, he could be forced to hire his own, private attorneys instead of using taxpayer funded public defenders.

Public defenders are only appointed for those with less than $2,500 in assets. The law allows public defenders to recoup attorneys fees from defendants they represent after the fact, when and if those defendants come into money later on.

Cruz was given a public defender. But then word broke that at one point before the shooting, Cruz himself had hired a lawyer trying to gain access to an inheritance left by his mother. According to witnesses, Cruz said that he wanted access to the inheritance before he turned 22, when he was scheduled to be able to use it. However, there are no known reasons why Cruz would have had to wait until he was 22 if there was no will or other estate documents.

How Much Will Cruz Inherit?

Little is known about what Cruz’ mother may have had. It is known that Cruz’ mother was a stay-at-home mother before her death and may have been involved in a foreclosure. She also filed a malpractice suit over her husband’s death, which is believed to have yielded some funds, including an annuity of $175,000, which was set up for both Cruz brothers at the time of the settlement.

A probate action has now been filed by a former neighbor of Cruz, who is currently looking after Cruz’ younger brother who is 18. The neighbor’s probate suit is asking the Court to declare her and the brother as co-administrators of the estate, which would allow them to determine how to use Cruz’ late mother’s’ inheritance.

Cruz has consented to allowing the neighbor and his brother to administer the estate, but has not waived any claim to any of the inheritance which may be due to him. He is still claiming a 50% share of the inheritance.

It is still unknown what Cruz stands to inherit. The only official documentation shows that he will inherit a 2010 Kia.

However, there is enough indication that there may be additional assets that the Broward public defender’s office has asked the Court for a hearing to determine whether Cruz should continue to be represented by the office, or whether he should be compelled to pay for a private attorney.

Estate law comes into play more than you may think. Contact Tampa estate and probate attorney David Toback to discuss any will, probate or estate issues.