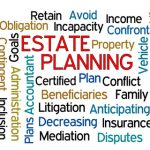 In case you hadn’t noticed, the value of virtual currency Bitcoin is going through the roof. This is just one fluctuation in the value of the currency, which has, during its short lifetime, both dropped in value dramatically and seen its value skyrocket in short periods of time. The operative word for Bitcoin thus… Read More »

The Benefits of a 1031 Tax Exchange

In this recovering economy, real property can be a good investment. Whether your business is in real estate investing, or your business has nothing to do with real estate, but owns real estate that it operates from, as time goes by, the value of your property is likely to increase. Taxes Can Hurt And… Read More »

Should You Include Attorneys Fees in your Contracts?

Your business relies upon your ability to enforce the contracts and agreements that it enters into. And while your business may draft an airtight agreement, with provisions that are favorable to you, you still may have an economic feasibility problem when it comes to going to court to enforce your agreement. That problem may… Read More »

Injury Lawsuits Can Live On After Death

In many cases, someone may pass away in the midst of a personal injury lawsuit, or even before one is filed, but at a time when one is expected to be filed. The interplay between personal injury law and estate or probate law can be complex, and family members of the deceased need to… Read More »