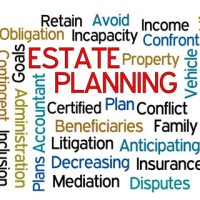 In case you hadn’t noticed, the value of virtual currency Bitcoin is going through the roof. This is just one fluctuation in the value of the currency, which has, during its short lifetime, both dropped in value dramatically and seen its value skyrocket in short periods of time. The operative word for Bitcoin thus far seems to be volatile.

Bitcoin is an online currency that is not regulated by any bank, country, or regulations. Owners are anonymous, and buy and sell online anonymously, which has in the past led to bitcoin being the currency of choice for people dealing in illicit trades.

Still, many legitimate businesses accept bitcoin, and as of late, its value has increased dramatically. If you have or are thinking about buying some or leaving some that you own in your estate documents, there are some estate planning issues to be aware of.

For example, if you leave your son $4,000 of bitcoin, by the time he inherits it, the value may be $40,000. The income tax basis for your son will be $40,000. He may not know how to use or may not even want that bitcoin, so when he inherits, after some time passes,he sells it for $45,000. This increase is possible due to the wide fluctuation in value of bitcoin. He can then be taxed on that increase.

This sounds complex, but it’s not; it’s really just the way that property works in estate planning and taxation. We just don’t normally have a “currency” that is being treated that way, and we tend to think of bitcoin as a currency, when in reality it’s not.

As you may imagine, leaving your bitcoin to relatives may take some measure of computer savvy. There is no bank for your relatives to call to access your funds. Make sure that you tell your estate planning professionals about your bitcoins and how they can be accessed when needed to allow loved ones to utilize them.

This includes anybody that you give power of attorney to manage your affairs if you are incapacitated but still alive. Powers of attorney should also specifically list bitcoins, or at least digital assets in general.

It’s also unclear if bitcoin is considered an investment that would require anybody selling them—including a trustee—to comply with federal investment disclosure acts. Trust documents should protect trustees from the requirements that would normally exist for regular investments to allow the trustee to sell or distribute the bitcoin as they would any other asset.

Technology can create unique issues in estate planning. Contact Tampa estate and business attorney David Toback to discuss a comprehensive estate plan unique to your situation and your assets.