What Thursday’s Supreme Court Ruling Could Mean for Businesses 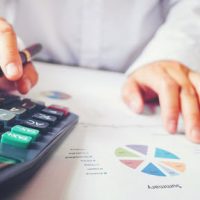 It’s not a secret that more and more Americans have done their shopping online over the past few years. There’s the convenience of buying from home, plus lower prices in many cases. These lower prices have been due to the fact that e-commerce sales are often tax-free. After a recent Supreme Court ruling, that advantage may be gone for online retailers.

The decision made in South Dakota vs. Wayfair, Inc. was noted as a victory for traditional retailers that have complained for years that they are put at a disadvantage to online retailers because they have to charge sales tax while online retailers don’t. Some states have claimed that this has caused them to lose billions of dollars in annual revenue.

Where It All Began

In the ruling, the Supreme Court effectively overturned a ruling from 1992 that was made in the Quill vs. North Dakota case. That ruling barred states from requiring businesses without a substantial connection to the state to collect sales tax. That ruling paved the way for online retail companies by letting them sell without navigating the complex state and local tax codes.

As online stores and revenue have shifted and grown from scrappy upstarts to established businesses, some officials have estimated that the Quill case has cost states a loss of up to $33 billion. Amazon, for example, had $119 billion in revenue last year, making it larger than nearly all traditional retailers except for a handful of the largest, yet very few of the transactions were charged sales tax.

Response to the New Ruling

After the ruling, South Dakota immediately enacted a law requiring all merchants that have more than $100,000 in yearly sales or more than 200 transactions statewide to collect a 4.5 percent sales tax. South Dakota will be able to begin collecting sales tax from online retailers in 30 to 90 days.

Several other states, including neighboring North Dakota, have also passed laws similar to South Dakotas. Experts estimate that other states will soon be jumping on board to take advantage of the decision.

The Downsides to the Ruling

Because some of the transactions for online retailers are so small and scattered, not all of them will be subject to the new ruling. The court also has yet to announce whether states are allowed to seek the sales tax retroactively. Thursday’s ruling could also benefit the local coffers in some states, but in other states such as New Mexico, quirks in the state and municipal tax codes prevent these localities from collecting taxes from remote sellers.

For consumers, the ruling could mean purchasing online could cost more than it used to. Although most states already require consumers to pay use tax, which is similar to a state sales tax when buyers purchase online.

Because tax laws can be confusing, especially when new requirements come into play, it is important that you know and understand how these tax laws affect your business. Consulting with a business planning attorney can give you peace of mind knowing that you are following the laws and meeting all the requirements for your business. Tampa attorney David Toback has years of experiencing helping business owners be sure that they are operating their business within the law. Contact him today to schedule a consultation.