When the Will Conflicts with the Prenuptial Agreement 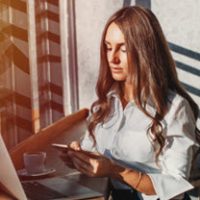 There is a lot more to prenuptial agreements than what you see in soap operas and on tabloid news websites.  Many people who sign prenuptial agreements are not extraordinarily rich, greedy, or stingy.  They just have financial entanglements that they do not want their marriage to disturb.  In many cases, the prenuptial agreement specifies what the less wealthy spouse is entitled to receive in the event of a divorce, not what he or she cannot have.  In some cases, neither spouse has valuable assets, but they both have debts from which they want to protect each other.  In fact, student loan debt is a major factor behind the recent surge in popularity of prenuptial agreements for young couples.  For couples marrying late in life, the prenup might not even contain any provisions about divorce.  Instead, it might specify what each spouse can inherit from the other when one spouse dies.  If you already have an estate plan in place and are planning to marry your life partner, a Central Florida estate planning lawyer can help you decide whether you need a prenuptial agreement and can help you draft the agreement if you decide that you need one.

When a New Will Invalidates an Existing Prenuptial Agreement

In a letter to Moneyist, a man involved in a dispute with his stepmother over his late father’s estate described a messy scenario.  An octogenarian economist with a net worth of approximately $5 million married a woman more than 20 years his junior.  Before they married, they signed a prenuptial agreement limiting the assets that she could inherit from him.  Six years into their marriage, the economist was suffering from terminal kidney disease.  Ten days before he died, he signed a new will.  The new will stated that the prenuptial agreement was no longer valid and that the wife would inherit 50 percent of her husband’s estate.  It also designated the wife as the personal representative of the estate.

During probate, the economist’s son challenged the validity of his father’s will, and he sought the Moneyist’s advice.  Understandably, the Moneyist advised the letter writer to contact an estate planning lawyer forthwith.  He explained that, when a will and a prenuptial agreement conflict with each other, the courts decide on a case by case basis which one takes precedence.  He also said that the economist’s son might raise the issue of undue influence.  The son suspected that his stepmother had mismanaged his father’s assets when his father’s health was failing, such that the value of the estate was much lower at the time the new will was signed than it had been when the couple married.  The fact that the decedent signed the will when he was in such poor health also raises suspicions of undue influence.

Reach Out to an Attorney Today for Help

By David Toback | Posted on October 23, 2020
« Selling a House During Probate Is a Hassle, but Most Probate Sales Can Be Avoided
Updating Your Estate Plan to Reflect Your Divorce »