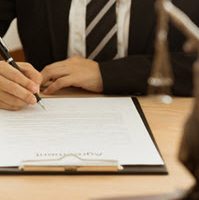 Change is at the heart of any good business. Staying stagnant will often lead to your business being left behind, while change is often the catalyst for growth and profits.

But change must be implemented correctly. Often, good ideas can lead to trouble when the legalities of the changes aren’t fully thought through. Such is the case with ride sharing monolith Uber, which faces a class action lawsuit over changes to its policies.

For a long time, Uber’s policy was to pay their drivers 80% of whatever the ride fare was, and Uber kept 20%. Uber drivers signed contracts with those figures agreement in it.

In an apparent effort to grow–or at least, for some business reason–Uber decided to change how it charges its riders. Instead of just paying at the end of the trip, like a rider would in a taxi and how it had been done for years, riders would now pay at least a part of the fare up front. Because the fare was largely being paid before the actual ride, it was based on an estimate of how long or far the trip was estimated to be.

Uber Admits That It Was Going to Change Its Contracts

For its part, Uber says that it planned to send out updated agreements to its drivers, and to start reporting the fill price every rider pays to the drivers. But apparently, those were just plans, and were never actually implemented.

All of this comes after Uber admitted that it underpaid drivers in New York, when it was taking its 20% on the full amount of each ride fare, even though a percentage of each fare was actually for taxes. Uber did admit that it owed money to its drivers in that case, and has since tried to settle the case.

Uber’s alleged fault is one that many businesses make–implementing business change or policy, without thinking through the legal ramifications of such policies. Or, when businesses do appreciate the legal effects they are slow to actually get legal counsel to review the changes or draft or amend the documents needed to stay in legal compliance.

Contracts and agreements are static, and not great instruments of change. As a business changes, the terms of contracts often stay the same. Lawsuits can result when companies don’t keep the terms and conditions of contracts up to date with how they are doing business.

Businesses also need to realize that every policy change should be reviewed from a number of angles–not just contractual, but also in terms of government compliance, employment law, tax law, liability issues or immigration issues.