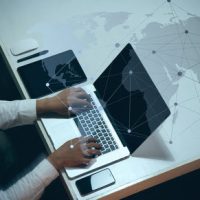 Crowdfunding is the new way for entrepreneurs, inventors and business to raise money in a new economy. Campaigns that use crowdfunding have given rise to a new economy, where innovative products find their way to market, and where inventors who aren’t Fortune 500 companies can afford to get the financing to bring their ideas to life.

Crowdfunding is the ability for a business (usually an inventor) to raise money from individuals to fund the research, development, and production, of a product. These individuals are in effect investors in the business.

Unlike large companies, which may get millions in investments from hedge funds or large backers for new projects, crowdfunders raise smaller amounts of money from a large amount of average people who see the idea, like it, and pledge their money.

But an investment is an investment whether it comes from a hedge fund or your grandmother, and thus, the Securities and Exchange Commission (SEC) regulates how businesses can market and promote investment opportunities. There is heavy regulation for any company that seeks to sell anything as an “investment.” This is especially true with crowdfunding, where investors may be investing smaller amounts of money, but may have a greater chance of losing that investment.

But the SEC realized that crowdfunding was important, and that many small, mom-and-pop investors seeking to fund their product don’t have the resources, know-how, or knowledge to comply with those laws. Thus, the SEC has implemented exceptions for those seeking crowdfunding investments.

Crowdfunders don’t have to comply with the SEC’s complex investment regulatory scheme, but they are limited in the amounts they can accept from the public.

Under SEC rules, crowdfunders can only accept $2,000 or 5 percent of someone’s net worth, whichever is greater, for anybody who makes less than $100,000 a year. For those who make more, they can invest up to 10 percent of the smaller of either of those figures. However, no investor can invest more than $100,000 annually, and the crowdfunding limit for business is $1 million.

Additionally, the financials of a company may have to be certified by the company president, or independently audited, depending on the amount raised. And, there are still restrictions in advertising, such as limiting how much a crowdfunder can advertise on social media.

There is some concern that the maximum $1 million dollar cap is prohibitive; the costs of legal guidance, marketing, and management of a crowdfunding campaign can run into the six figures, and thus, eat into that $1 million cap.

Still, the relaxed rules now allow smaller businesses to compete with the large companies, and to raise the capital they need. It’s expected that a handful of online marketplaces, which will assist in compliance with the regulations for small businesses, will begin operation. Each site has had to get approval from SEC regulators.

Make sure your business is in compliance with government regulation, and is using existing laws to its advantage. Contact Tampa business attorney David Toback to discuss protecting your business making sure it’s operating legally.