How Flexible Are Probate Courts About Documents Filed Late? 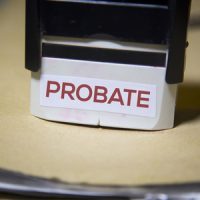 In 2007, Sidney rewrote his will, leaving the lion’s share of his estate to his wife Irene and designating her as the personal representative.  Sidney died in 2009, and his estate opened for probate on June 10 of that year.  On August 21, Sidney’s grandson Matthew submitted a caveat (an objection to the will).  Irene served Matthew with a request for his arguments for his objection to the will on August 31, meaning that the deadline to submit these defenses was September 20.

Matthew submitted the arguments for his objection on September 21, a day after the deadline.  Instead of rejecting Matthew’s objection outright, the court asked Matthew to submit his affirmative defenses by December 15 and scheduled a hearing about the matter for December 22.  Matthew did, in fact, submit affirmative defenses, in which he argued that his grandfather was too ill in 2007 to consent meaningfully to the new will; therefore, he signed it due to undue influence from Irene.  Furthermore, Sidney’s previous will, signed in 2004, had left valuable assets to Matthew, whereas the 2007 will unfairly disinherited him.  Matthew did not, however, submit the affirmative defenses by December 15.  Instead, he submitted them on December 22, half an hour before the hearing.  The probate court did not accept the affirmative defenses, but the appeals court, after giving Matthew an earful about his chronic lateness, overturned the trial court’s decision, enabling Matthew to inherit a portion of his grandfather’s estate.

Your Tampa probate lawyer can help you build an estate plan that will help you provide for all your family members, even the ones with a punctuality problem.  Contact David Toback for help.