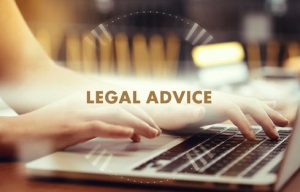 The IRS is being called to task for a controversial policy that may have resulted in many innocent Americans having money wrongfully taken, or forfeited, by the agency. Congress is now looking into the IRS’ practices, and regulation to change how the IRS institutes the practice may be coming.

The problem comes with the IRS requirement that banks are required to report to the government deposits of more than $10,000. The purpose of the law is to help identify and track drug traffickers or financiers of terrorist activity. Purposely structuring deposits to evade the $10,000 reporting threshold is a crime.

But in many cases, banks have encouraged the depositing of less than that amount to reduce paperwork and reporting requirements. Businesses often innocently take the advice of their financial institution.

In 2014, the IRS changed their policies to avoid taking money where the amounts deposited were the only suspicious activity on bank accounts, but many small businesses still have had problems getting money back that was taken before the change.

The IRS is now trying to make things right. They have agreed to send out letters to anybody who had money forfeited from 2009 to the present, to inform them of a new appeal process, which will allow them to try to get their funds back. The petitions are essentially asking for forgiveness, much like a pardon, and the IRS is supposed to consider each one. Anybody who had money forfeited to the IRS before 2009 can contact the bureau directly for instructions on having their money returned.

Discrepancies in How Many People Affected

From 2007 to 2013 it is estimated that $43 million was seized by the IRS in 600-700 cases, for no other reason than the fact the deposits were structured in suspicious ways—multiple deposits just under the $10,000 limit. But for its part, the IRS takes the position that it has only identified 75 cases during that time period where money was wrongfully seized.

Congress is still trying to curb the IRS’ overreaching, trying to introduce a law that prohibits taking of money for structuring violations, unless there is a separate indication that the money is being used in furtherance of a crime. It remains to be seen whether that will become law anytime soon.