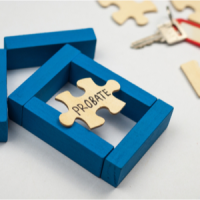 Most protracted conflicts between siblings during the probate of their parent’s estate began long before the parents died.  In fact, if your sibling rivalry didn’t go away once you had grown up and moved out of your parent’s house, and the probate of your parents’ estate did not turn into a major battle, it was probably because your parents crafted a sibling rivalry-proof estate plan.  Sibling conflict during probate can be heart-wrenching, but even more stressful are probate disputes between family members who did not even know of each other’s existence until their mutual relative died.  If a long-lost relative is trying to claim a share of an estate for which you are a personal representative, contact a Hillsborough County probate lawyer.

In 1957, Rosina wrote a letter to her father in Austria, informing him that she had married and moved to the United States.  It is unclear whether he responded.  Rosina never had children of her own, and when she died in Florida in 2011, she left a handwritten will stating that her only heirs were her niece Ulrike and her nephew Rudolf.  Since Florida does not accept handwritten wills, it treated Rosina’s estate as intestate and appointed Ulrike as its personal representative.

After Ulrike published the notice to unknown heirs, she received a letter from a law firm in Austria.  It said that three women who claimed to be Rosina’s half-sisters planned to claim the share of the estate that is due to siblings under Florida’s laws of intestate succession.  80-year-old Elsa, 75-year-old Anna, and 62-year-old Gertrude had never met Rosina and only knew of her existence because they had found the letter from her while sorting through their late father’s belongings.  They never contacted her when she was alive.

What ensued was a series of missed opportunities to settle the matter once and for all.  The probate court asked the purported half-sisters to travel to Miami for depositions to prove that they were relatives of the decedent.  For various health reasons, they could not travel.  Taking the depositions by video conference would have been a challenge, given the need for interpreters, but it would have been especially challenging in Anna’s case, because of her hearing loss.  Ulrike’s lawyer offered to travel to Austria and meet with the sisters, but only on the condition that they pay for his travel and accommodations.  At one point, the Austrian law firm even sent Ulrike’s lawyer money to buy a plane ticket.  By the time the case reached the appeals court, Gertrude had promised to travel to Florida for a deposition within 45 days.

It can be a happy occasion when a long-lost relative contacts you, even if you have never met before, but not if it happens during probate; in that case, you need a Tampa probate lawyer.  Contact David Toback for a consultation.

By David Toback | Posted on June 3, 2021
« Four Important Retirement Questions to Ask Yourself at the Beginning of Your Estate Planning Process
Early Retirement Is Overrated »