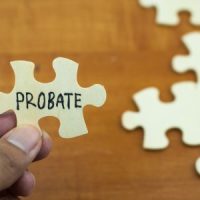 Laurence Kotlikoff is a professor of economics at Boston University, and his actions show that his interest in the ways that economics affects people’s daily lives extends far beyond the realm of academia.  He served on the Council of Economic Advisers during the Reagan administration, and he ran for president in 2012 and 2016, both times with a platform focused on economic issues.  Since generational economics is one of the topics about which Kotlikoff has written, he would probably have plenty of advice about estate planning.  In his recent interview with Forbes, however, Neal Templin mostly asked Kotlikoff about saving for retirement, which is a prerequisite for a robust estate plan.  A Tampa probate lawyer can help you apply Kotlikoff’s retirement advice.

Use Your Common Sense

Much of Kotlikoff’s economically minded retirement planning advice will not come as a big surprise to people who have taken the first steps toward getting ready for retirement.  For example, he emphasizes that owning a house with a paid off mortgage is one of the surest ways to be financially secure after you retire.  Kotlikoff also encourages retirees and soon-to-be-retired people to downsize their houses; there is no reason for your empty nest house to be bigger or more expensive than the nest that you sold before buying it.

Kotlikoff thinks that most financial planners have it all wrong when they start by asking people how much money they want to spend in retirement.  He thinks that you are only asking for stress if you spend your 50s and 60s making risky investments in order to reach your unrealistic financial goals quickly.  Instead, no matter your age, you should start your retirement planning exercise by thinking about how much money you have and assume that you will stay at your current job, receiving pay raises that are proportional to the ones you have previously received from your employer.

When you retire depends on reasons other than money, but from an economist’s perspective, the longer you stay in the workforce, the better.   At age 70, Kotlikoff is still going strong at his job and having a great time doing it.  He recommends delaying your first Social Security check for as long as possible.  According to Kotlikoff, drawing Social Security at 62 just to “get out what you put in” is a bad idea.  It is better to wait until you are 70, because each payment will be bigger.  From an economist’s perspective, retirement planning is not a game.

There is more to a person’s estate plan than economic models, but an estate planning lawyer can help you make decisions that are not based on fear, spite, or unrealistic expectations.  Contact David Toback in Tampa, Florida to set up a consultation.

By David Toback | Posted on November 9, 2021
« What Your Bedroom Needs For Safe And Happy Aging In Place
Goodbye, Clutter! Hello, Retirement! »