Taxation and the Constitution 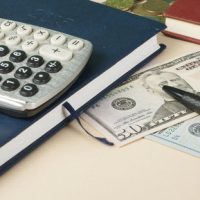 We often think of constitutional law as being an area that mostly affects criminal defendants or those seeking to speak out. Rights to counsel and to due process, and rights to assemble and speak for or against political candidates or positions are often where the media mostly reports constitutional matters.

You may not think of the seemingly dry area of tax law as being a haven for constitutional scholars, but in fact, tax law calls into issue a number of constitutional rights. It is not unheard of for a tax to be challenged and even stricken down, on the basis of a constitutional challenge.

Just recently, a tax levied in Seattle was stricken down as unconstitutional. The city voted for an added tax on its wealthy residents. But Washington’s own constitution prohibited cities from levying their own tax, and thus the tax was stricken down.

Even tax measures with good intentions can end up being challenged. In Georgia, legislators wanted a way to protect children from the sex trafficking industry. They imposed a tax requiring strip clubs to pay a fee—in reality, a tax—that would be used to help sexually exploited children.

But while taxation itself is constitutional, choosing to tax one person or entity over another based on content or speech or opinion, is not. Thus, club owners are challenging the tax, saying that it violates the equal protection clause of the constitution by specifically targeting their industry.

They also say that strip clubs don’t engage in sex trafficking, the exact practice the tax is trying to stop, and thus, the tax is overly broad and doesn’t achieve its stated purpose.

At the state level, the more common Constitutional challenges arise when the state tries to impose its general taxes – income, franchise, sales and use – on out of state businesses and individuals.  An out of state person must have “nexus” with the taxing state before that state may impose its taxes on the out of state person.  Nexus is a Constitutional concept requiring an out of state individual to have certain minimum contacts with the taxing state.  Online retailer Amazon engaged in battles with several states over whether they had an obligation to collect sales and use tax in states in which they had no physical presence, i.e. an office or salesperson. The rules on nexus differ based on the type of tax (income tax v. sales tax). Accordingly, businesses operating in multiple states often engage an attorney or accountant to perform a “nexus study” to see which states may lawfully tax the business.  Businesses are often surprised to discover that they have tax filing requirements in more states than they thought, or the opposite could be true. A business may have been paying tax to a state that had no lawful authority to tax the business. In that case, tax refunds are due. Hiring an attorney to perform a nexus study is especially important for new businesses, or businesses expanding from one state to multiple states.  Sometimes, the business can be properly structured to avoid nexus with some states outside the business’s home state, without interrupting the business’s operations. In that case, the tax savings could be substantial.

Constitutional challenges to taxation are so common that the IRS even devotes an entire section on its website to attacking these arguments. The IRS discusses issues like whether taxation is constitutional where the tax may conflict with someone’s religious beliefs or collected taxes fund purposes in opposition to someone’s beliefs, or whether taxpayers would have to file tax returns if something in them would tend to incriminate them.

The list of common constitutional challenges to taxation can be quite interesting. Some involve whether the taxation amendment to the constitution was actually ever ratified or that taxation is “servitude” as prohibited by the constitution.

There was a time when federal income taxes were ruled unconstitutional. In an 1895 case, the U.S. Supreme Court held that direct taxes such as income tax must be levied in proportion to a state’s population. Indirect taxes, like those imposed on the purchase of certain products, were allowable.

But taxation eventually won the day, as taxes based on accumulated wealth, such as inheritance taxes, and corporate taxes, were imposed. And, not long after the Court’s decision, the Constitution was amended, to ensure that income taxes could legally be collected without having to apportion them based on a state’s population.

If you have to pay taxes, get good legal advice to minimize your tax burden. Contact Tampa asset business and tax attorney David Toback to discuss your taxes or any IRS problems you may have.