What Happens In Probate Court When A Nonresident Of Florida Dies In Florida? 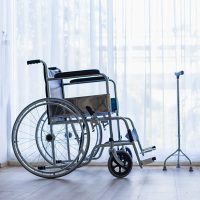 Florida’s laws are famously welcoming of visitors and newcomers; there is a reason that so many senior citizens visit Florida and, not long after, decide to stay permanently.  Probate court is similarly welcoming of the estates of nonresidents who made a final visit to Florida.  The Florida probate courts will consider a will as valid if it meets the requirements for wills listed in the laws of the state or country where the decedent issued the will and where the decedent legally resided.  The exceptions to this are that, regardless of what the laws of other states and countries say, Florida does not accept holographic or nuncupative wills under any circumstances.  If you have questions about the probate of an estate of a nonresident who died in Florida, contact a Tampa probate attorney.

What Is the Difference Between a Notarial, Nuncupative, and Holographic Will?

Under Florida law, notarial wills are acceptable, but nuncupative and holographic wills are not.  These are the differences among those types of wills:

Elena and the Two Wills

The probate case of a woman named Elena shows the problem with nuncupative wills.  Elena was born in Argentina and died in Florida at age 79.  She did not marry or have children, but she had many friends and extended family members to whom she wished to leave property.  Several years before her death, she issued a will in New York; this will complied with all of New York’s requirements for wills, and all the beneficiaries it listed were residents of the United States.  Several months later, she traveled to Argentina and issued a new will; the Argentine will was a notarial will, and all the beneficiaries it listed were residents of Argentina.

A probate lawyer can help you with probate cases where some members of the decedent’s family challenge the will.  Contact David Toback in Tampa, Florida to set up a consultation.

By David Toback | Posted on March 14, 2022
« The Aging In Place Tour Of Your House
Yes, Your Parents Can Disinherit You If You Don’t Pay Them Back »