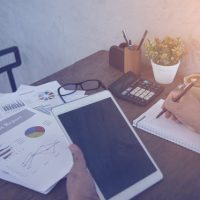 Florida is one of the most employer-friendly states in the country, allowing an employer to terminate an employee “at will,” for almost any reason, so long as the reason doesn’t run afoul of federal laws which usually deal with discriminatory purposes. But aside from that, employers can be unfair, irrational, arbitrary, or even hostile in making decisions to fire employees, without fear of legal recourse.

But often times, employers accidentally will create problems for themselves that prevent them from taking advantage of these employer-favorable laws (and conversely, many employees often assume they can do nothing about being unfairly terminated based on their at will status, not realizing their employer has made critical errors that may provide the employee a remedy).

The error that most often causes problems for employees is a contractual one. Employers, in having employees sign various documents as conditions for employment, will often inadvertently include language in those agreements that can be construed to give the employee a right to continued employment.

Standard Documents Can Have Dangerous Language

Take, for example, the standard employee handbook, or company policy manual that the employee is required to sign. That handbook may have everything from a smoking policy, to payment schedules, to policies concerning how and when office supplies are ordered.

That means that now, the employee has to be fired only “for cause,” thus eliminating the “at will” status of the employee. An employer who fires an employee for economic reasons, personality conflicts, or “just because,” may now be facing a breach of contract action.

The question is whether the language in these documents creates some expectation of employment, or some vested right in the employee to continued employment so long as the policies are followed. Providing employees payment schedules which provide raises for year 1, year 2, etc., can be construed to be a contractual offer of a set number of years of employment. When these documents are vague or ambiguous, there’s a good chance they will be interpreted in favor of the employee.

The same kind of language can often be found in non-compete agreements, non-solicitation agreements, training manuals, and other documents routinely provided to employees. Employers need to review documents given to employees carefully to make sure they aren’t getting themselves into legal problems they wouldn’t otherwise have.

Make sure your business is avoiding possible liability, and is using existing laws to its advantage. Contact Tampa business attorney David Toback to discuss protecting your business making sure it’s operating safely.