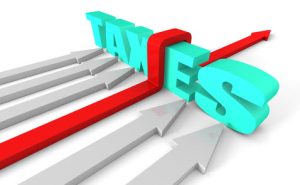 The news is all abuzz about Donald Trump’s taxes, and tax losses, which, according to media reports, could have allowed him to legally avoid paying taxes for years after he claimed the loss. Aside from any political argument, many may be wondering if and how that’s possible, and whether people who aren’t billionaires can use this IRS “loophole” as well.

Rule is an Older One

The IRS rule apparently used by Trump and many others dates back to 1918. Put simply, businesses can “carry forward” tax losses to future years. In other words, if a business loses $50,000 one year, and makes the same amount the following year, it is considered to have “broken even.” If a business takes a loss of $1 million, it could theoretically make $100,000 for the next ten years and pay no taxes.

In fact, in 1995 (the same year of Trump’s tax return), 500,000 people used the same tax advantages that Trump apparently used. However, unlike Trump’s losses of nearly a billion dollars, the average American’s claimed loss was $97,500.

Using the rule is perfectly legal, assuming of course that the losses claimed are legitimate losses under the tax code. Losses must be real net operating loss, enough to cancel out any profit made.

Real estate owners can also defer taxes by flipping property. If a developer exchanges property routinely, the losses can be continually carried forward so that no taxes are actually paid.

Limited Use for Individuals

But before you get too excited, the rule is generally only applicable to businesses, not personal filers.

This has raised some controversy, as the rule seems like yet another advantage that wealthier business owners have over individual wage earners. Supporters of the rule say that it’s a valuable tool that allows businesses to stay afloat during difficult economic times, when they may struggle, and allows businesses that have bad years to make up losses by putting more money in their pocket the following years.

And, the rule doesn’t apply generally to state corporate income taxes, although some states have their own rules on loss carryforwards that my apply in a similar fashion. It also doesn’t apply to other taxes, like sales taxes, property taxes, or intangibles taxes.

As complex as this all sounds, it’s a small part of the tax code, and only one tool that businesses use to minimize their tax burdens. Regardless of whether you think business get too many chances to avoid taxes, the laws are there, and may be available to your business.

Make sure you’re getting all the tax advantages you’re entitled to. Contact Tampa business attorney David Toback to discuss protecting your business and its assets.