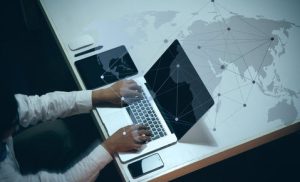 In the movies, it’s common to see businesses greasing the palms of government officials in secret deals in order to gain favor. Certainly, your business would never do that, and likely wouldn’t be in the position to do that, as it’s unlikely any government official would offer favors in return for cash or other gifts. Maybe your business doesn’t even do business with the government, or doesn’t operate in an area of heavy government regulation. So you have nothing to worry about – right?

But what if your business operates over the border? Many businesses here in Florida routinely do business with foreign governments, or in foreign countries. Products, land, and other goods and services offered by Florida businesses can easily be sold in Latin America, given Florida’s close proximity to the area.

But what you may find when doing business overseas is a much more open and accepting culture when it comes to bribery and favors to government officials. Those countries may not have the strict regulations that we do in the U.S., or they may not be enforced like they are here. It’s not uncommon for lightly regulated industries in the U.S. to be heavily regulated across the border. Don’t be surprised if local government officials or employees offer to help your business deal with all that regulation, in return for some “favors.”

Now, some business owners find themselves having to break the law do in order to do business and get things done in a foreign country. But everybody there seems to be doing it. And it is overseas, not in the U.S. But can that lead to trouble?

The Foreign Corrupt Practices Act (FCPA) makes any type of payoff or bribe to government officials or agencies illegal. And if you’re a U.S. company, the law applies to you, and it even makes bribing or paying foreign government officials illegal. The FCPA prohibits any payment that provides you an “improper advantage.”

Violations can seem innocuous; for example, paying an employee to process your application for a permit faster, or providing benefits that aren’t money, like free travel or training or promising future employment. Disguising payment as consideration—for example, paying an official for “consulting fees,” which really is just a payment for favors, violates the FCPA.

Even a failed attempt to pay someone for a benefit (that is, just the offer itself) evidences a corrupt intent that will violate the FCPA. There’s no minimum dollar figure either.

Certainly there are times when a business is allowed to provide money or items to government officials. A nominal friendly gift, or picking up a cab fare, or buying a drink, will be fine. Gifts that are of nominal value, made in the open, and documented in corporate books, will usually not be a problem.

When your business deals overseas, you can run afoul of laws you didn’t even know existed. Make sure that your business has an FCPA policy if it’s going to do any type of business overseas. Contact Tampa business attorney David Toback to discuss protecting your business and its assets.