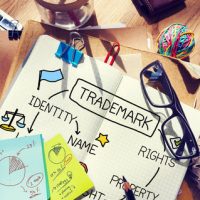 Major retailer Costco is in some hot water, and is now liable to Tiffany’s for over $19 million for selling jewelry labeled under the Tiffany’s label, even though the jewelry was not from Tiffany’s. Although this is a dispute between two multimillion dollar companies, the legal lessons are also valuable to those with small businesses.

According to the lawsuit, Costco sold rings and jewelry that were called or labeled as “Tiffany’s” even though Tiffany’s had nothing to do with and did not make the rings.

There is little argument that Costco wasn’t purposely trying to pass off counterfeit goods. Rather, Costco argued that the word Tiffany’s had become a generic one to describe a certain type of ring, and by using the name, Costco didn’t imply that the Jewelry was actually made by Tiffany’s. In fact, Costco pointed out that the jewelry was not labeled “Tiffany & Co.” and neither receipts nor appraisals given to customers used that name.

Costco pointed out that the term Tiffany’s has been used to describe a type of ring setting, and many people ask whether a ring is set in a “Tiffany setting” without actually meaning Tiffany’s the company.

The case brings up the murky waters of intellectual property law that all retailers have to be wary of. Your business can be liable for deception or infringement just by using what you think is a generic term. Words like Kleenex, Band-Aid, Sharpie or Tylenol are used to describe many different items generically, but they are all, in fact, trademarked names that belong to specific companies.

That means if your business is selling markers, using Sharpie to describe them could lead to legal problems, even if you aren’t trying to pass them off as the actual band, Sharpie.

Making matters more difficult, there are some terms that used to be trademarked, but have lost trademark protection because of their generic use, or just because the owners decided to abandon their intellectual property rights.

For example, an app was originally a term owned by Apple, but has since been abandoned, allowing anybody to use it. Videotape, flip phone, dry ice, and Aspirin all have lost copyright protections due to usage by the general public. The term starts to be used so much and so often that it becomes generic and the owner can no longer enforce it.

Accidental Violations Can Lead to Trouble

You don’t have to knowingly sell something that infringes to be liable for infringement. Accidental usages of registered marks or selling someone else’s goods that are mislabeled can lead to problems.

If your supplier puts “Tiffany’s” on jewelry, and you rely on your supplier and sell that ring, you too can be liable for infringement. Unfortunately, foreign countries often don’t pay as much attention to intellectual property rights as we do, so businesses that get items overseas need to be especially careful before they sell items that have a company name on them.

Make sure your business is in compliance with the law. Contact Tampa corporate and business attorney David Toback to discuss keeping your business safe from lawsuits.