Settlement Agreements Need to Say What They Mean 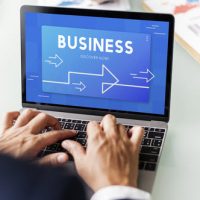 If your business is involved in a dispute, and you try to resolve it through a written agreement, it’s important that your settlement document say everything you intend it to say. That’s because settlement agreements are contracts, and a recent case reinforces how important it is to be thorough with these documents.

The case began when a company posted disparaging remarks about a competitor in the comments section of an online forum. A lawsuit was filed for defamation, and the parties agreed to settle their differences. A settlement agreement was drafted that prohibited either party from saying anything negative about the other going forward.

These “disparagement clauses” are sometimes put into settlement agreements. They make it a violation for any party to write or publish—or sometimes, even to say—anything negative about the other party.

The agreement in this case, however, did not specifically say that anything that had been said or written previously had to be deleted. As such, disparaging comments that were written before the settlement agreement was entered into remained on the internet for all to see.

The court agreed with the defendant, pointing out that settlement agreements were just contracts, and that courts had to right to rewrite contracts entered into by private parties. As such, the court reasoned, asking the disparaging comments to be removed was rewriting the agreement, which on its face only made the disparagement clause effective from after the settlement agreement’s execution.

Online Comments Need to be Considered

Although this is a case with somewhat unusual facts, anybody with a lawsuit that relates to anything written or published on the internet or who seeks to try to prohibit another party from publishing anything negative about them should take note.

Things written on the internet may be there (seemingly) forever. But that doesn’t mean they are published today or whenever you actually view them.

So, for example, if a defamatory statement were published on the internet about you, the statute of limitations for you to file a lawsuit may begin when the comment was written, or at least when you discovered it—but it would not begin every single day the comment is on the internet. Not every viewing is a separate “publication” of that statement.

Any contracts, agreements or suits regarding anything found on the internet must be both forward and backward-thinking to make sure that they encompass the enduring nature of things posted online.

Whether your business is in a lawsuit or you’re trying to avoid one, you need a qualified business law attorney. Contact Tampa corporate and business attorney David Toback to discuss keeping your business safe from lawsuits.